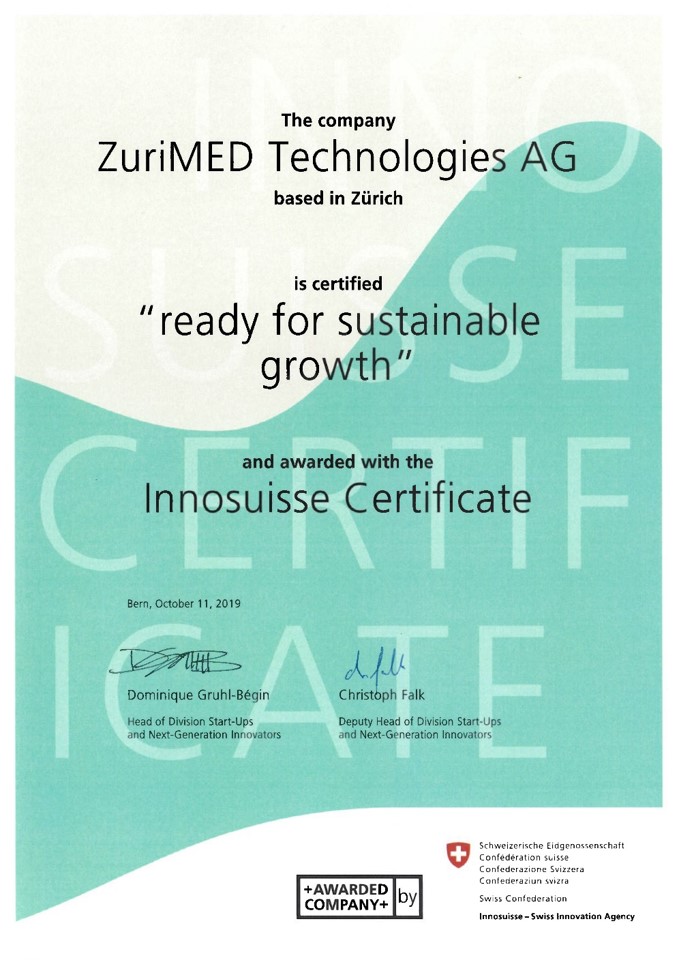 The Zurich based startup ZuriMED, specialising in orthopaedic biomechanics, has earned the Innosuisse certificate, thanks to its revolutionary device for ligament reconstruction. The company’s Bone-Tendon-Bone (BTB)-Converter™ is currently undergoing a clinical trial.

Founded in 2015, ZuriMED is developing a device for surgical knee ligament reconstruction, the BTB-Converter™. The idea behind the new surgical technique it to effectively convert a less painful hamstring autograft (a patient’s own tissue), or any other flexible graft, into a higher performance BTB-like graft. According to Xiang Li, Co-founder and CEO of ZuriMED, there has been a change from the original design in the product development. He says, “Due to the EU regulatory environment transition, our original strategy of having a complete, preassembled BTB-Conversion-Kit™ has changed: we would now have two separate implants, which could be assembled during surgery.”

The first component of the kit, the BTB-Converter™ is currently under clinical trial at University Hospital Balgrist, which started in 2017, and is scheduled to complete by early 2021. The second component, the product VariLoop™ is expected to enter into clinical trial next year.”

The company has now obtained the Innosuisse certificate in recognition for the potential of its technology and solutions. In acknowledgement of the receipt of this accolade, Xiang comments: “We see the Innosuisse certificate as a valuable label accredited by external experts for the work we have done in the past. Besides being a label that we could proudly present to our current investor, we believe that this certificate would certainly help us during the due diligence for a potential future financing round.”

Disclaimer
The information contained in this website is for general information purposes only. Links taken to other websites are done so at visitors’ own risk and ZuriMED.com accepts no liability for any linked sites or their content.