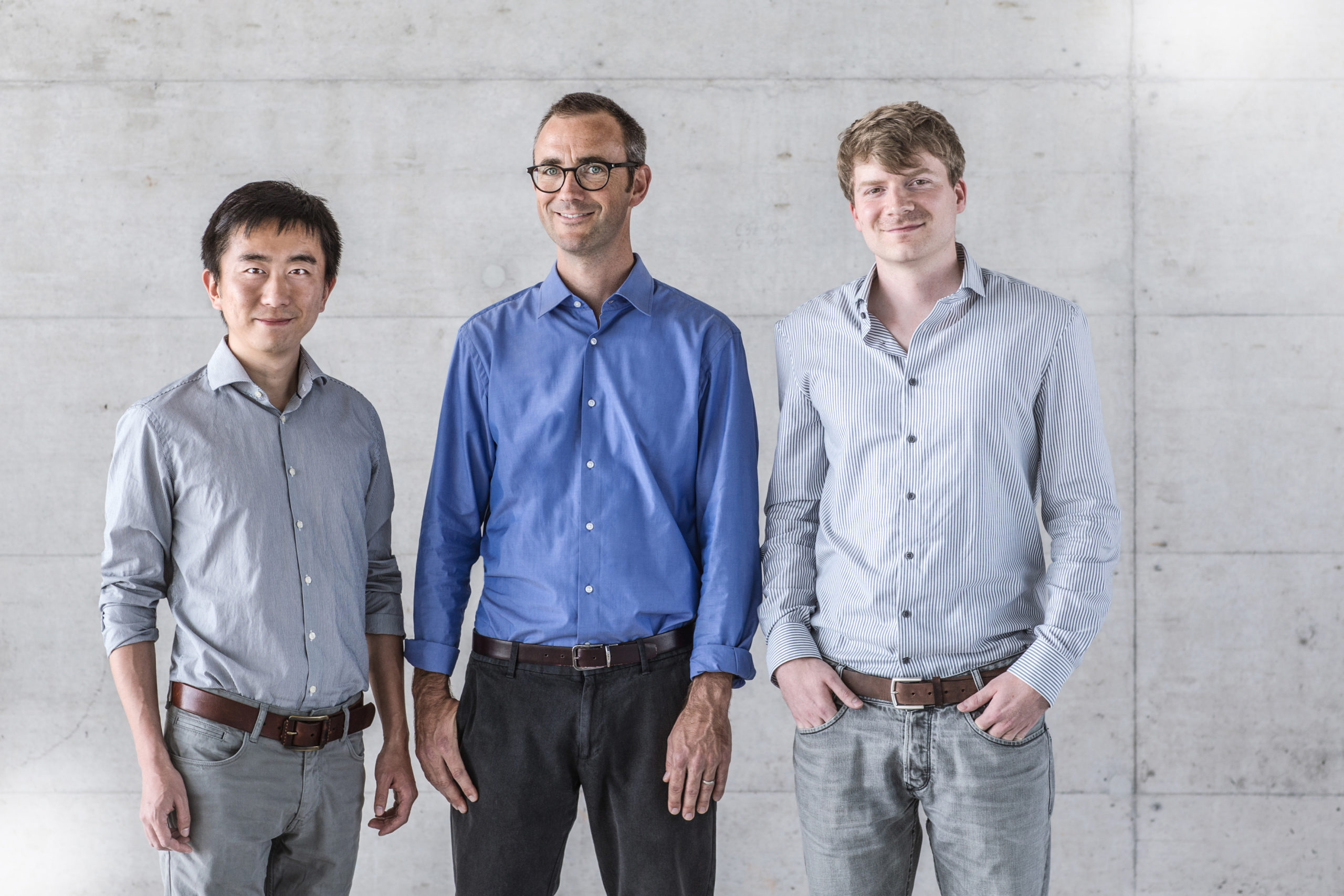 The Spin-off of the Balgrist University Hospital, ZuriMED, and the University of St. Gallen startup Ava won the final of Venture Kick. They receive CHF 130’000 each, the maximum seed capital funding granted by our program. Ava crafts a natural and reliable technology that helps couples have a child, and just announced opening an office in the US. ZuriMED develops a novel technology with the potential to revolutionize current ligament reconstruction methods.

In the last decades, the average age of having children has significantly increased. However, the likelihood of getting pregnant within one year is strongly reduced with age (50% of women between 35 and 39 years old do not succeed). Although fertility apps and temperature-based devices tracking menstrual cycles are booming, such solutions can be cumbersome to use and unreliable to predict ovulation. The young Medtech Ava is tackling the challenge.

A connected bracelet to determine ovulation
An elegant bracelet worn at night is connected via Bluetooth to a smartphone app. Various parameters are measured in order to precisely indicate days on which it is possible to become pregnant, as well as days on which it is not. The technology helps women conceive within a short period of time. Data security and anonymity are secured thanks to a powerful backend.

An new US office and a successful first financing round
A few months after winning their seat in the venture leaders USA program, Ava is already on a growth phase in the US. They will soon open office in San Francisco. And the start-up just won the Swisscom StartUp Challenge, allowing them to further strengthen their network in the US. “Venture Kick perfectly matched our strategy to build up fast traction while focusing on the key issues”, explains Pascal Koenig, Ava CEO. “We are now successfully closing our first financing round. Investors have been impressed by how much we have achieved so far. The support of Venture Kick was crucial in doing so.”

ZuriMED: functional gain, with less pain
Although knee ligament reconstruction is performed almost a million times per year worldwide, a diverse range of techniques is still employed, leading to highly variable long-term clinical outcomes – such as severe pain or slower healing. ZuriMED’s technology combines the advantages of the two approaches used today (Bone-Tendon-Bone – BTB – and hamstring autograft) while eliminating their disadvantages. Their device, the BTB-Conversion-KitTM, uses a novel combination of advanced biomaterials that dramatically accelerates healing and recovery, while minimizing postoperative pain. To reach regulatory approval, ZuriMED just secured a seed financing round of CHF 1.5M. The help of Venture Kick was substantial: “I improved a lot since the first stage. Most importantly, I met my coach thanks to Venture Kick’s network: This support was essential to build a great business case”, explains Xiang Li, ZuriMED’s CEO. This year, Xiang Li was also part of the Swiss national startup team in the US with Pascal Koenig from Ava.

More information can be found at: www.venturekick.ch

Disclaimer
The information contained in this website is for general information purposes only. Links taken to other websites are done so at visitors’ own risk and ZuriMED.com accepts no liability for any linked sites or their content.